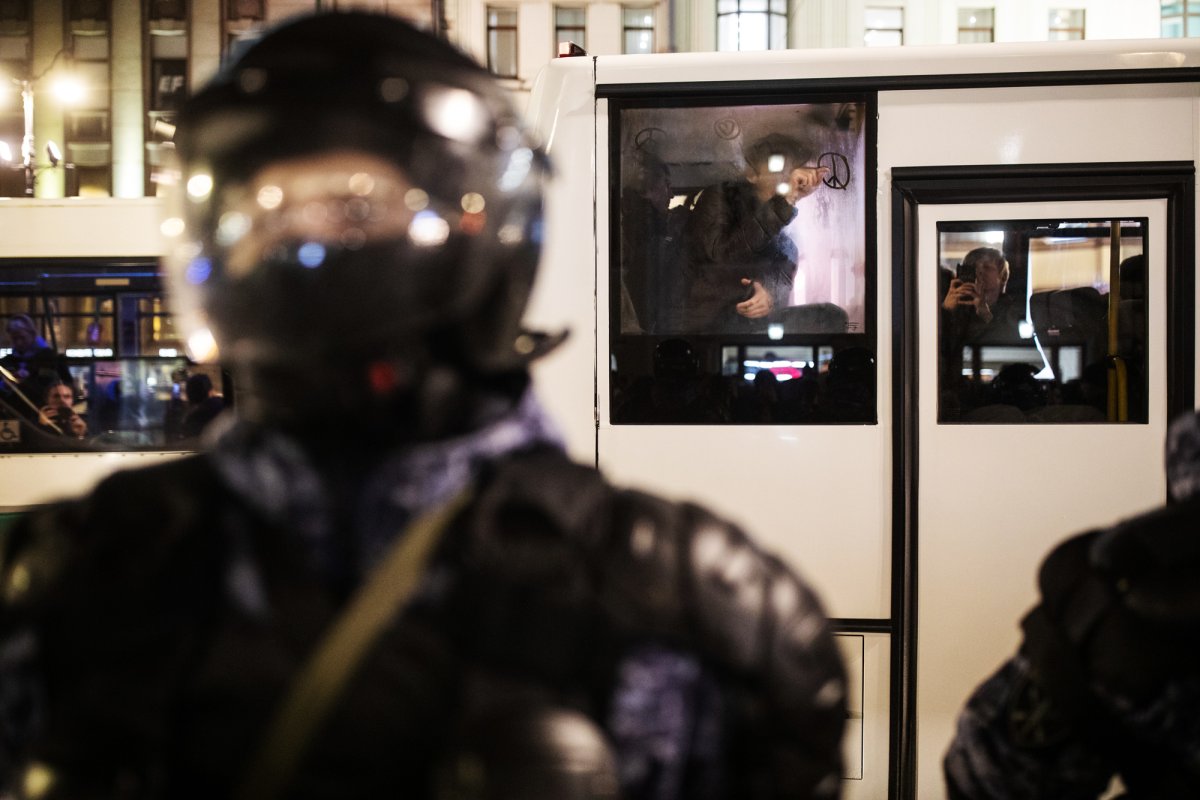 All data provided in the article is relevant as of June 23, 2022

Limitation of the Right to Freedom of Assembly

We are aware of at least 16,309 detentions related to anti-war protests. In addition to detentions at the protests, the authorities also perform «preventive» detentions using the face recognition system. At least 75 people were arrested in May and June prior to announced protests. We are informed about 82 cases where defense lawyers were denied access to police stations to consult the protesters.

To pursue people, the government uses various articles of the Russian Criminal code:

Article 20.3.3 «On Discreditation of Russian Armed Forces» of the Code of Administrative Offenses of the Russian Federation came into effect in March 2022. We are currently aware of 2,457 cases related to the Article. 1,781 people were subject to administrative proceedings. 160 administrative materials were returned to police stations by courts. The average penalty related to the article is 35,562 rubles.

To count the number of cases related to Article 20.3.3, we use five sources: OVD-Info data (on individuals, that is, related to a particular case); first-instance case cards on court websites; information about first-instance cases (individual) on the «Pravosudie» (the Justice State Automation System) information portal; court and Russian MIA Ministry of Internal Affairs) press releases.

During the 10 years since the adoption of the law on «Foreign Agents», 464 individuals, legal entities, and unregistered associations were declared foreign agents. In June 2022, the Ministry of Justice of the Russian Federation found six people (Alexey Pivovarov, Oleg Kashin, Mikhail Sokolov, Yulia Tsvetkova, Irina Danilovich, Nikolay Petrov, and Evgeny Chichvarkin) and one organization (The Committee for the Prevention of Torture) to be foreign agents.

Since the beginning of the war, at least 253 independent information channels, such as mass media, other media, and blogs, have been blocked; 26 have shut down; and 12 more refused to cover the war. Since June 1, Roskomnadzor (the Federal Service for Supervision of Communications, Information Technology and Mass Media) has blocked 13 Russian and 19 foreign information channels.

Links to OVD-Info’s reports and data:

Report «No to war: How Russian authorities are suppressing anti-war protests».

Report «Internet blocks as a tool of political censorship».

A project devoted to the Foreign Agents’ law «Inoteka».

Report «How Authorities Use Cameras and Facial Recognition against Protesters».